At the museum site for the EBR-1 reactor are the two experimental nuclear jet engine reactors. These were intended to develop a way to operate nuclear-powered bombers that would not have to land for days at a time. 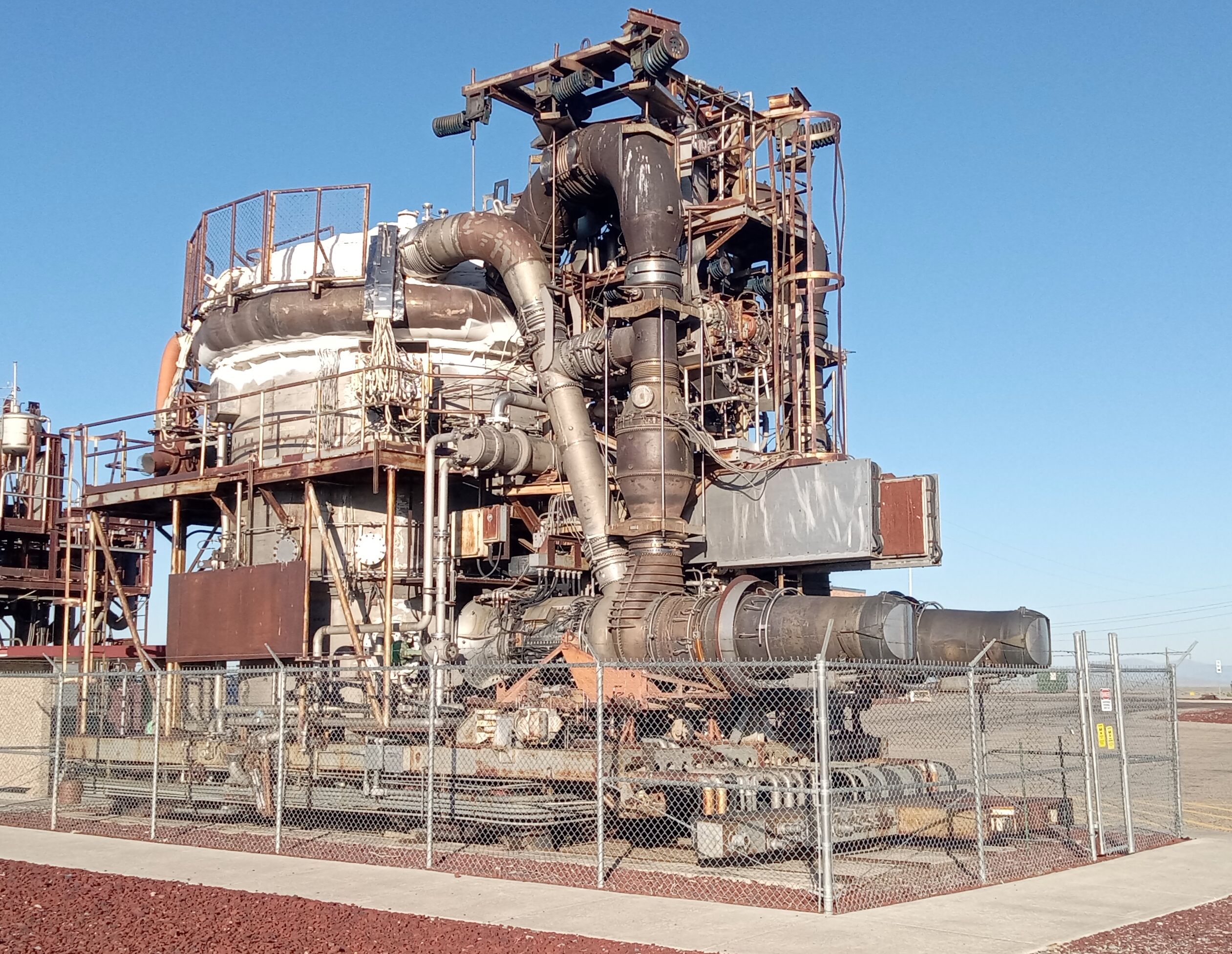 So what’s going on here?
The reactor is the big white blocky structure on the left, while the exhausts of the twin jet engines can be seen sticking out to the right.

Normally a jet engine has a compressor, a combustion chamber, and a turbine driven by the exhaust which also provides the thrust. The turbine is on the same shaft as the compressor stage, and powers it. 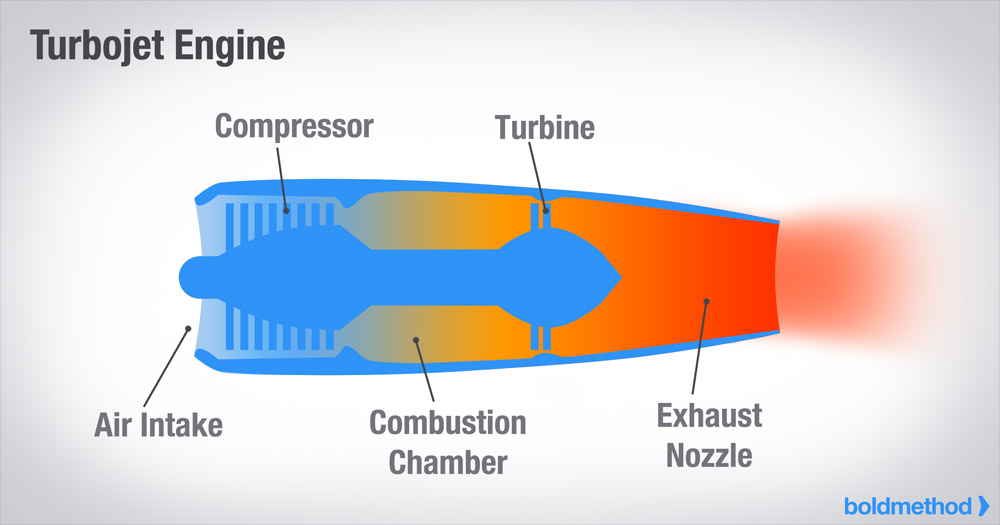 On the HTRE 3 we can see how the compressor stage feeds into a large pipe that runs up to the reactor, at about a thirty degree angle, and then another larger pipe going straight down carries the heated air to the turbine and exhaust nozzle. Functionally, the reactor is inserted into the jet’s power path as a sort of outside ‘combustion’ chamber for heating the air. 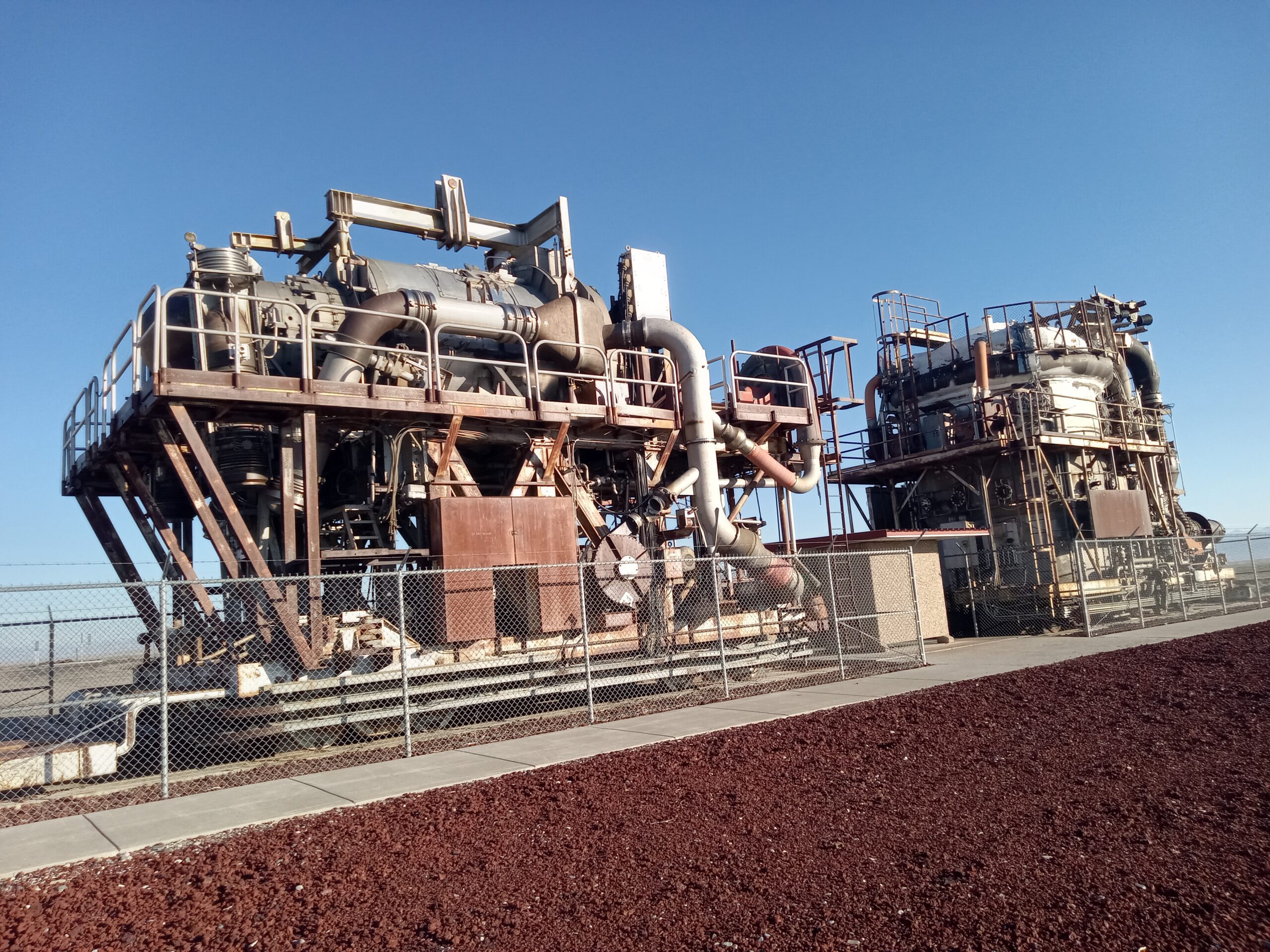 HTRE 2 was rebuilt from HTRE 1, and then HTRE 3 was an entirely new construction. The experiments reused the one pair of jet engines, currently mounted on HTRE 3.

Rumours persist that an actual plane to use these engines was built, and lies elsewhere at the INL site, but certainly nothing ever flew with these engines.