2022-10-10: The west mountain and tunnel portals are done, and now I’m working on the south side of the tracks.

Low rock ridges rise out of the swampy bits where the glaciers scraped off the overburden, and more trees will need to be planted.

The road leading to the Photo Lake Mine entrance will need to be fixed up a bit… it uses the rerailers to cross the tracks. 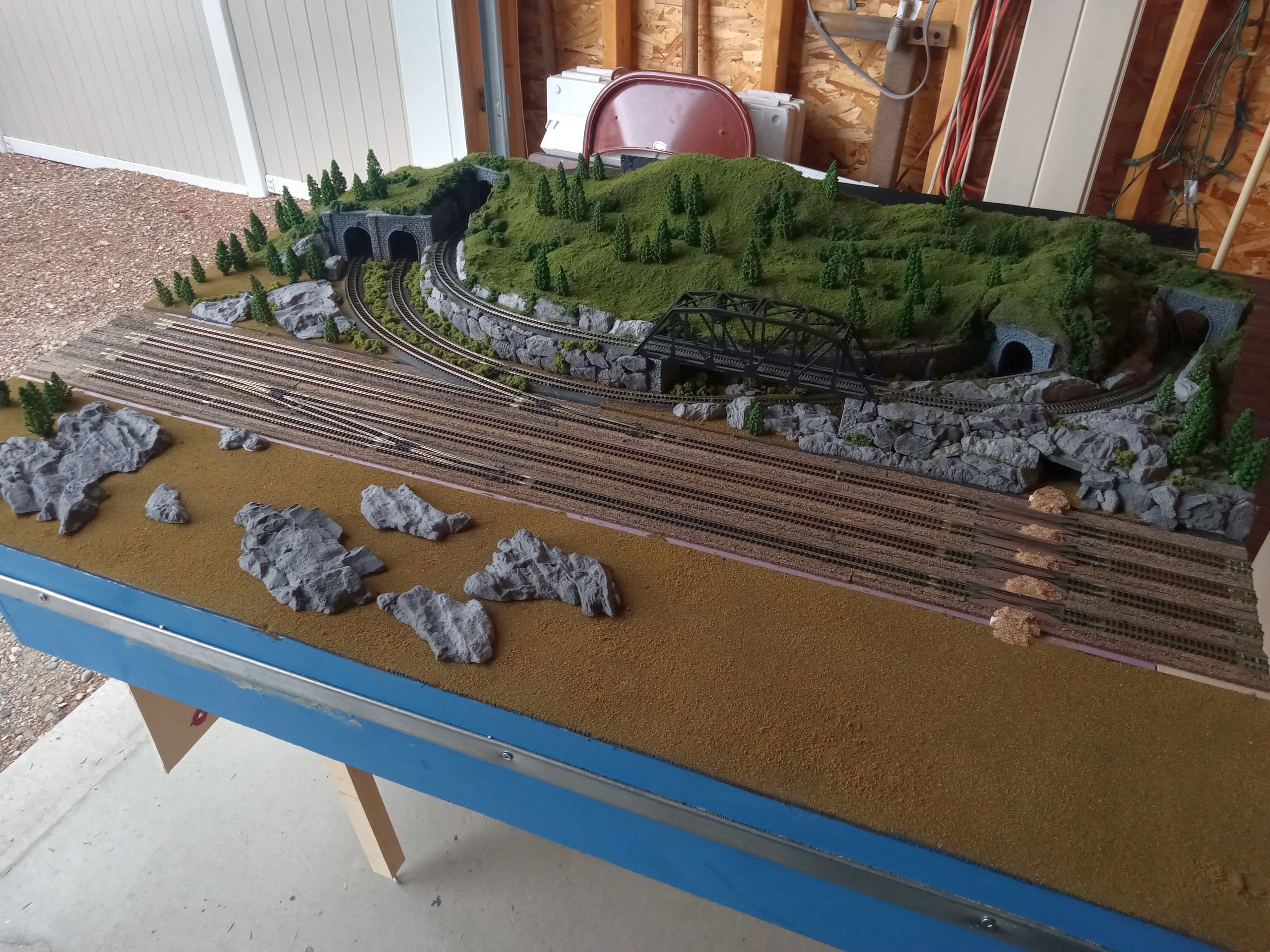 2022-09-13: Trees and bushes have been added to the mountains on the west module,, but there is one part that was deep in shadow when the module was lit from the garage door that still needs fine tuning. 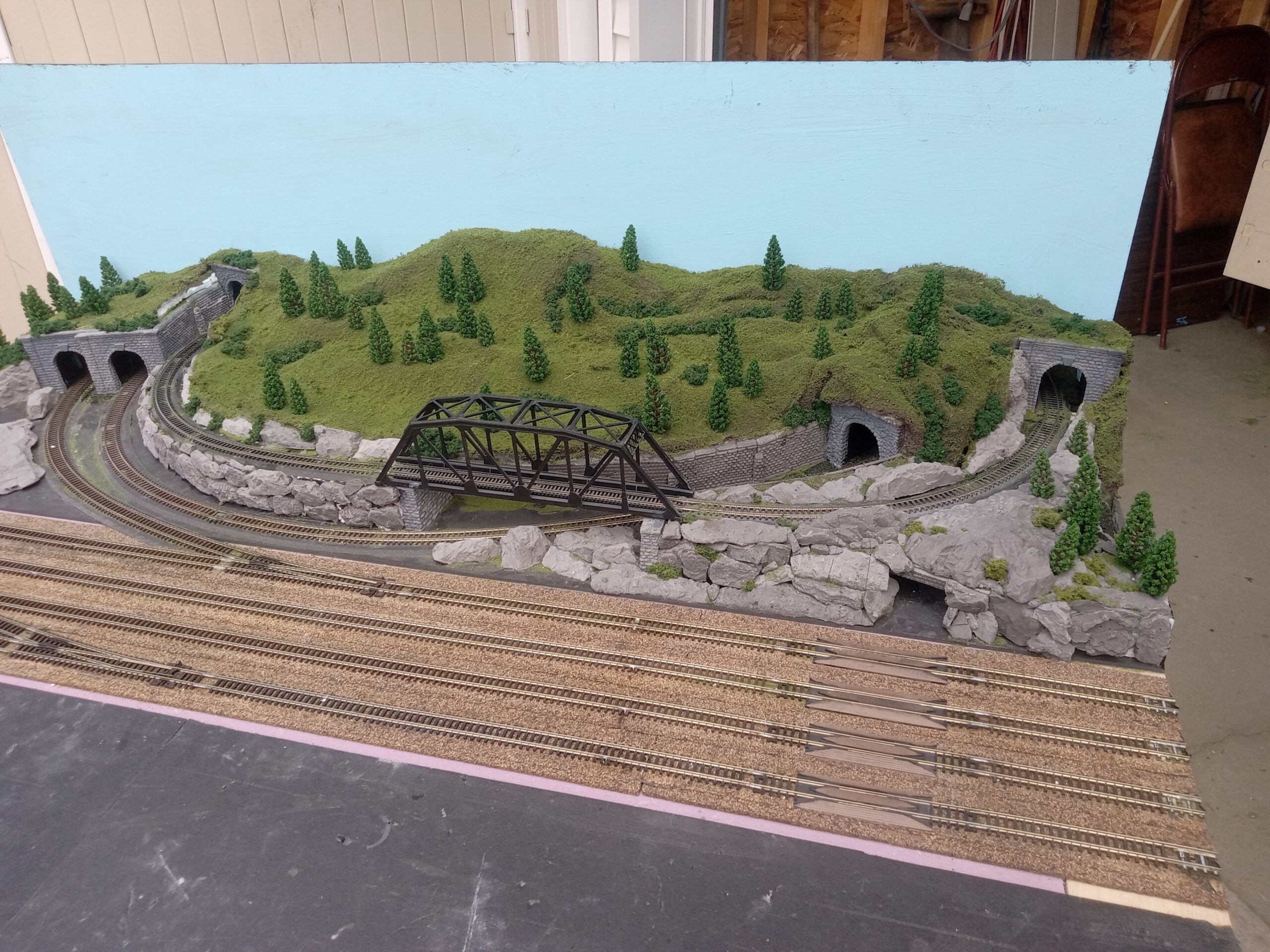 Of course they always look nicer with the skyboard on.

I’ve made some progress on this pair of modules, representing a mine I worked in back in 1974. Chisel Lake and Ghost Lake mines were close together, with Photo Lake some distance away… but I’m including it nearby  on the west module because its decline portal was different: straight into a cliff.

I’m starting out with the east module, where the Chisel and Ghost Lake mines will be situated.

Close up of east end of ridge, and east mountain 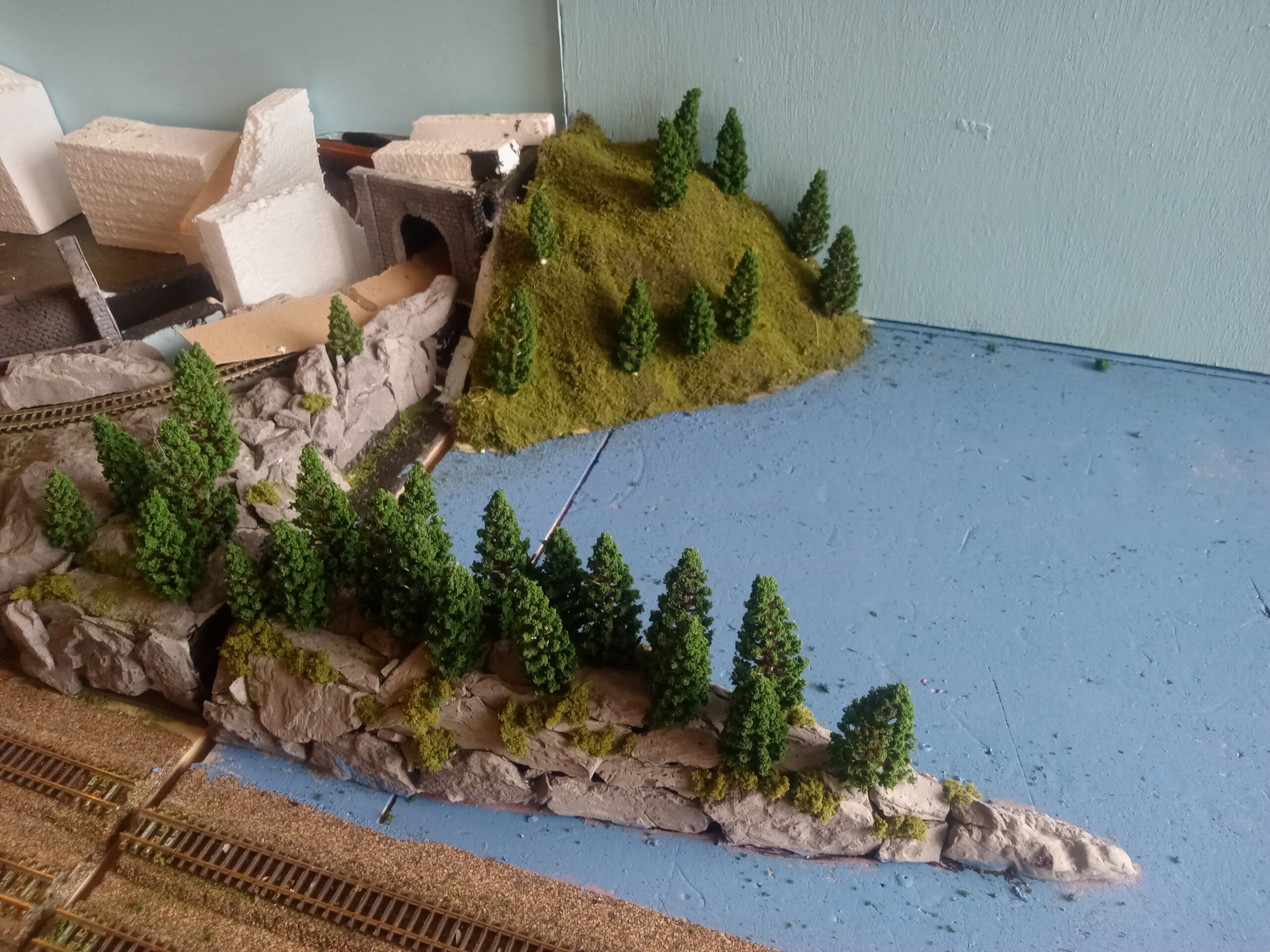 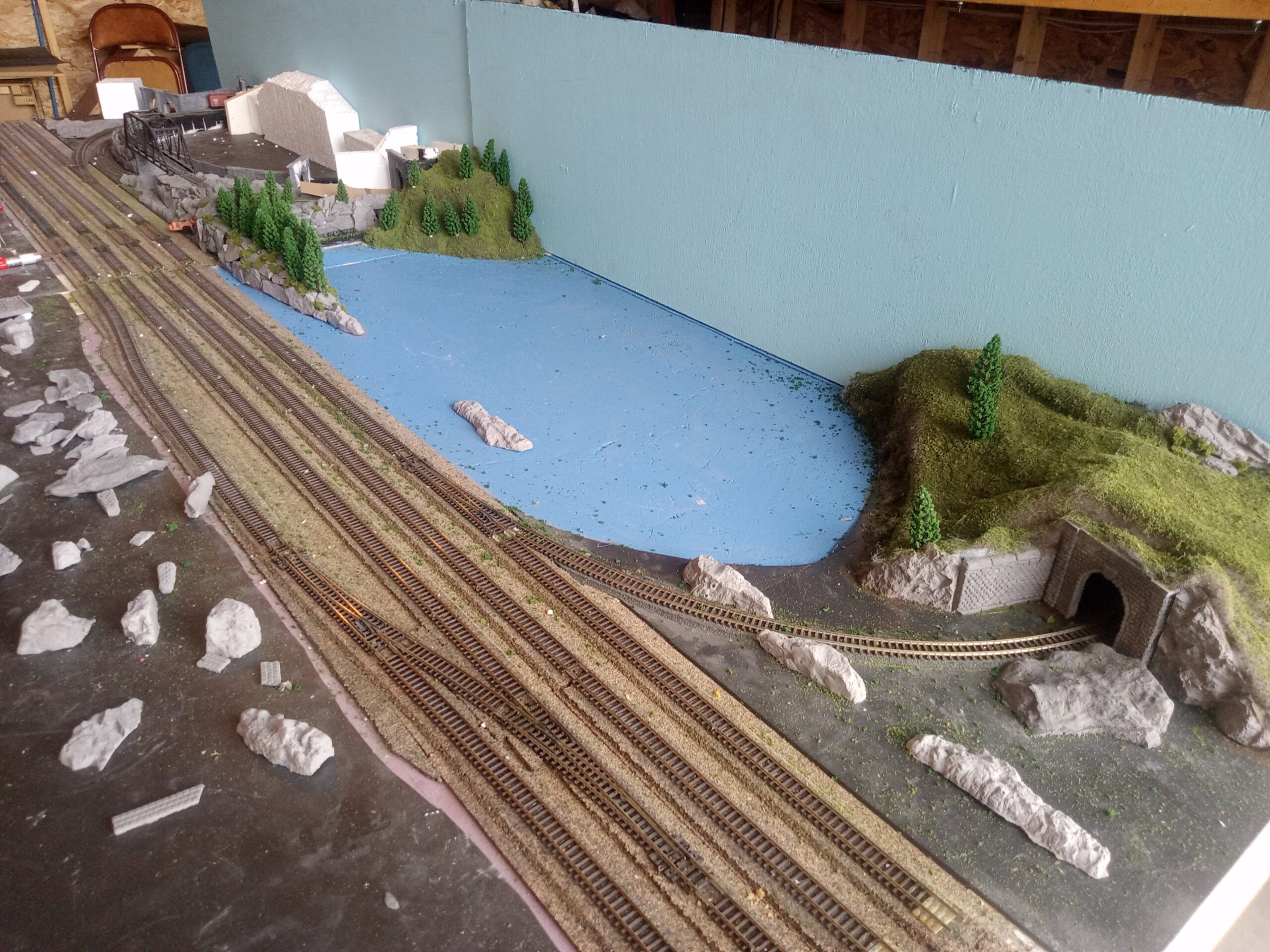 The ridge extends across the lake, and reappears on the west end.

The lake is approximated (just a quick paint job in blue… good enough for Railway Days), and work has been started on the rocky ridge in the left foreground, and the mountain bit in the background.

I discovered that to put trees on my hills, I need a more robust substructure than at the East Tunnel. The fabric looks good, but will not alone support a tree. 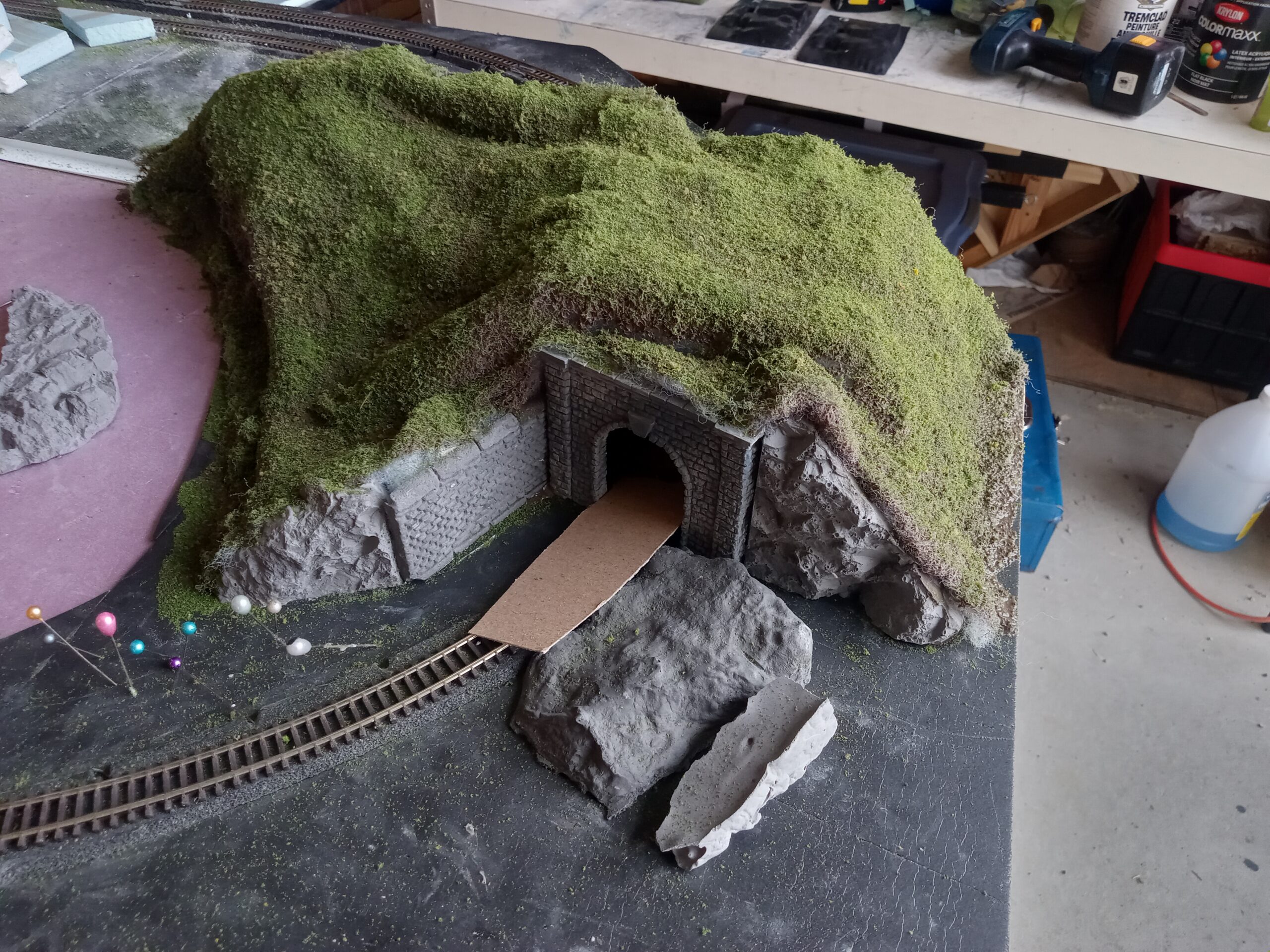 The strip of cardboard is to protect the tracks from any drips or blobs. 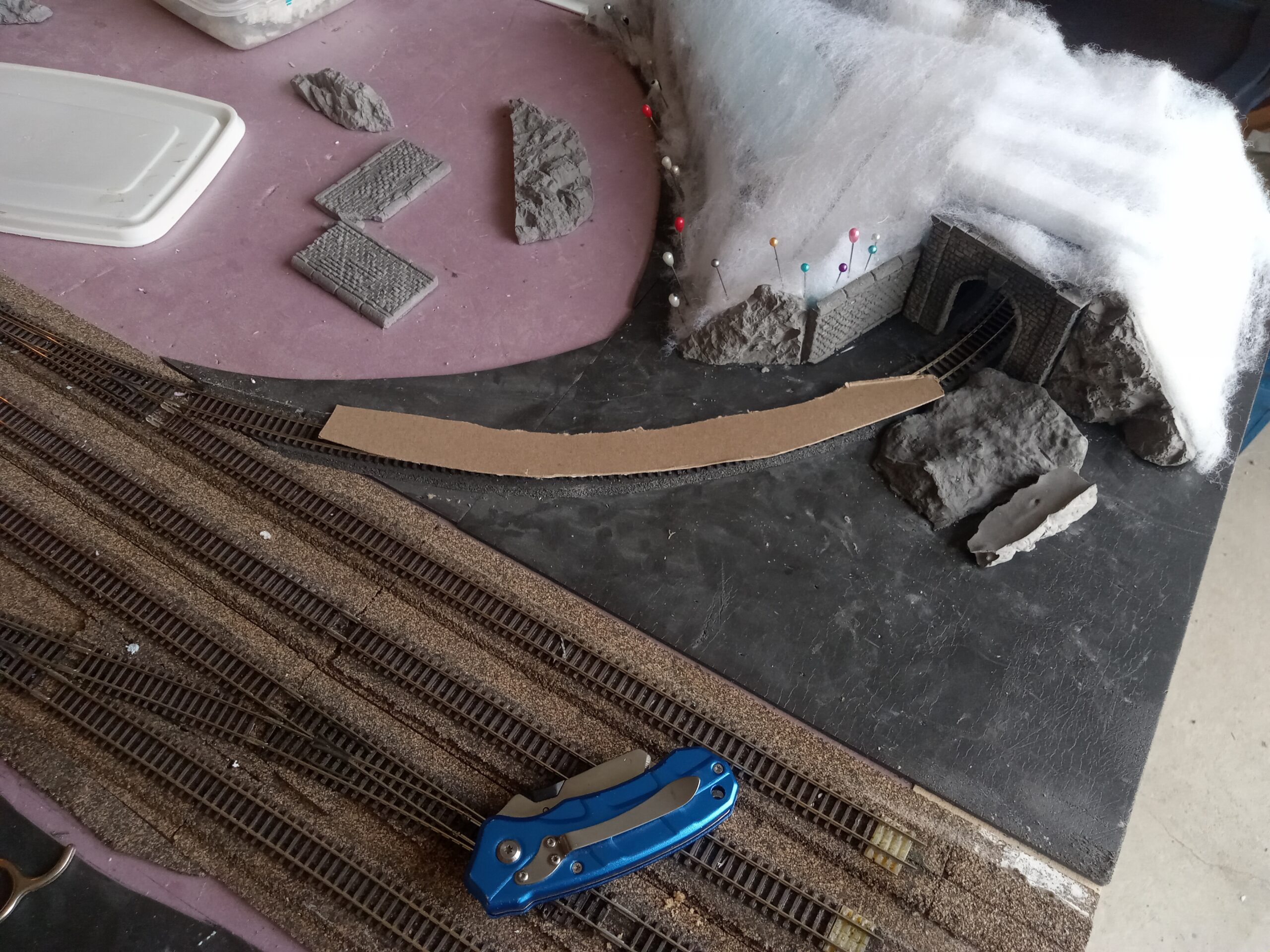 Pins can be seen holding the left edge down until the glue sets up. 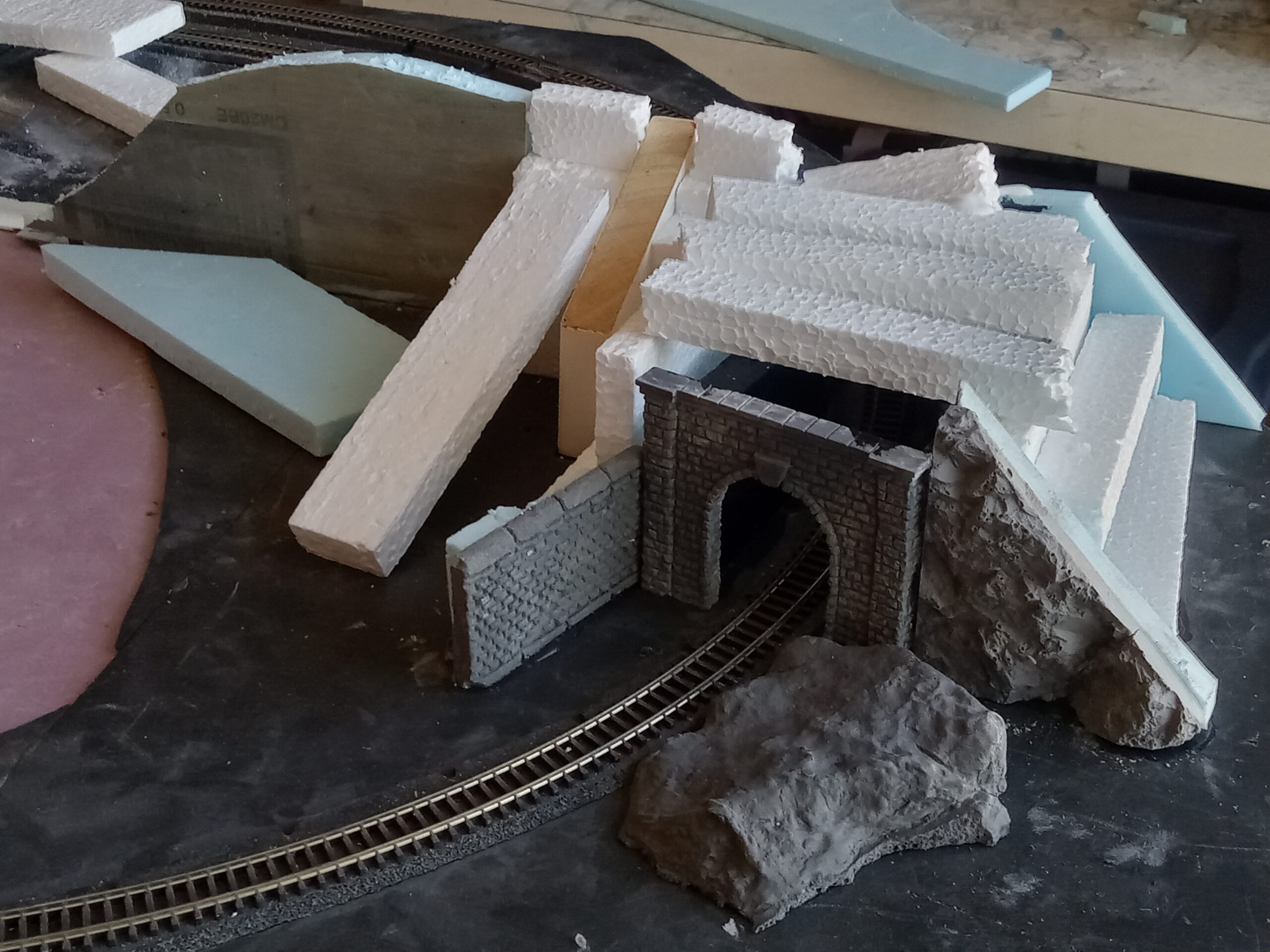 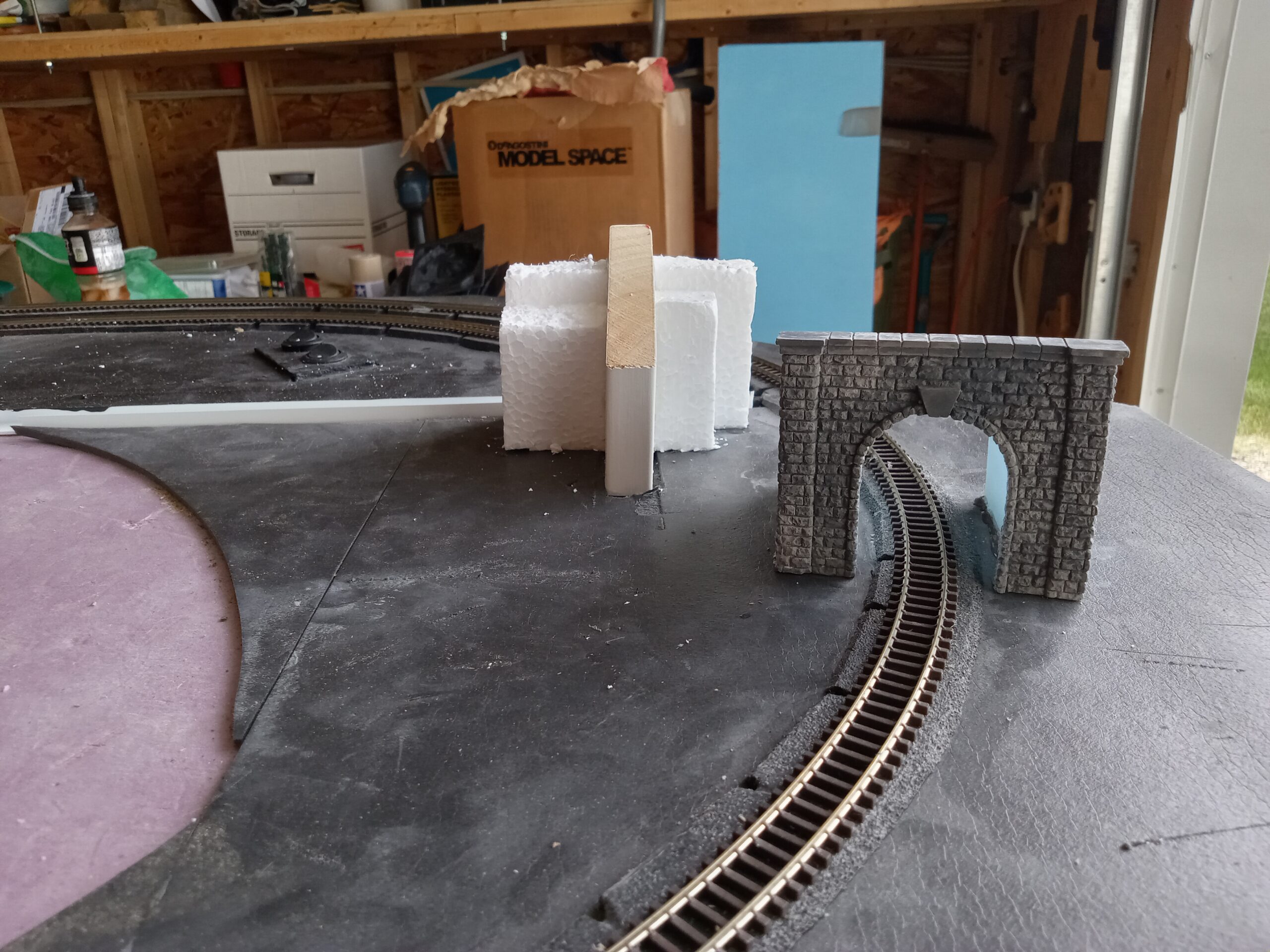 Decline portal for the Photo Lake mine 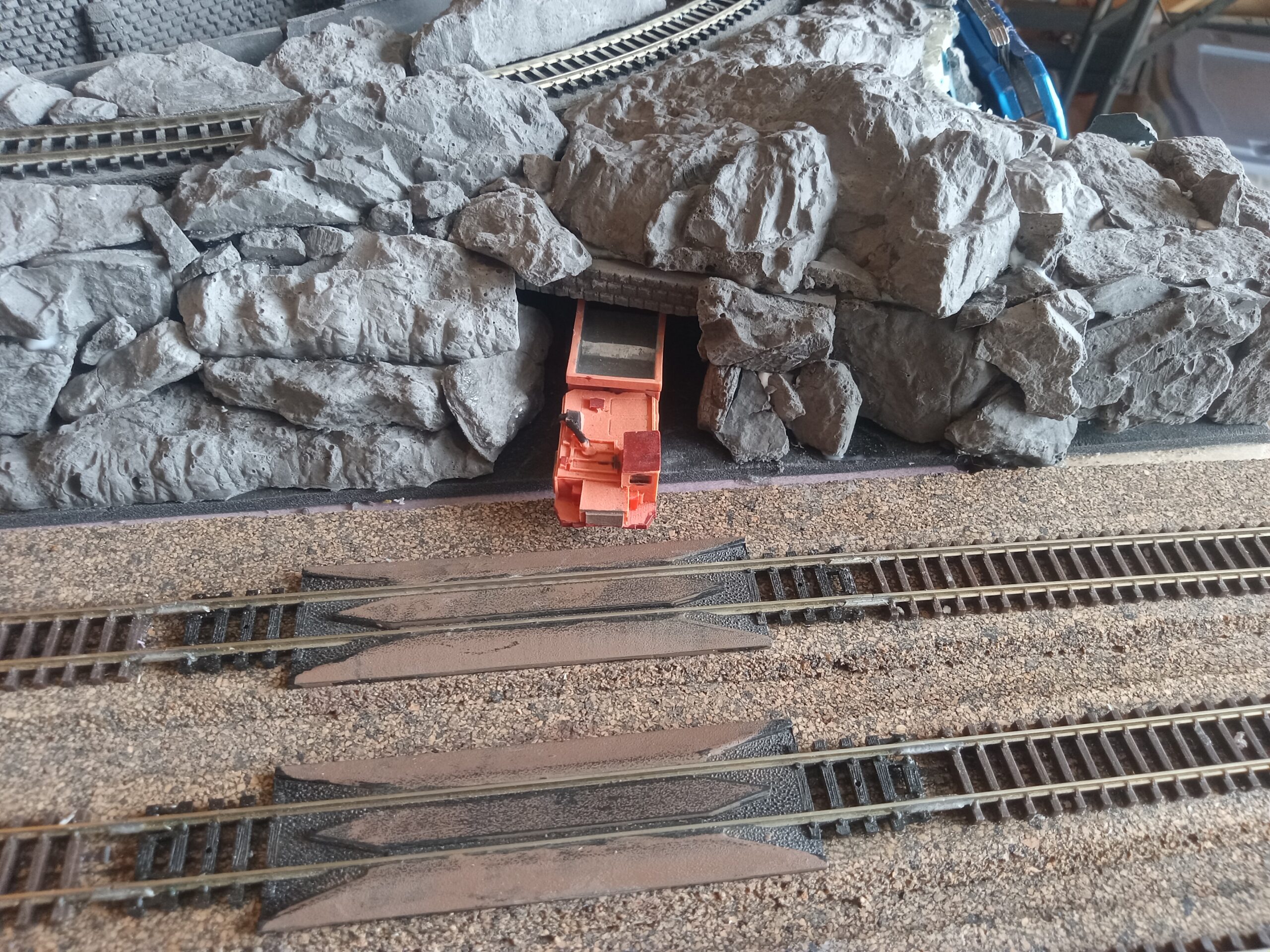 The rerailers provide not only a road crossing for the mine equipment, but also an operational role in making it easier to put cars back on the track.

The skyboard supports are now installed, using magnets to hold them vertical, and a u-shaped track to support them.

Plus I’ve started on the tunnel portals.

Wooden wedges hold the magnets on this side, reinforced by foam blocks that will disappear under the mountains.

A magnet on the back of the skyboard clings to the one on the wedge on the front side, and the channel at the base holds the bottom.